LELO’s FAST Jobs Coalition (Fairness and Access to Sound Transit Jobs) is a project that focuses on the implementation of victories won in 1999 between the community and Sound Transit in the area of jobs and a voice at the table around public construction employment issues.  In 2019, LELO is relaunching the FAST Jobs Coalition as Sound Transit moves into the surrounding counties to ensure accountability of this public entity to our communities.

In July 1999, FAST Jobs Coalition won an agreement from Sound Transit, the public entity charged with building the light rail system through three Washington state counties (King, Snohomish and Pierce).  This agreement requires contractors to hire record numbers of construction workers of color and women workers, and construction apprentice training programs to remove barriers that prevent low income youth from entering the programs.  We also won the right for communities of color to sit at the negotiating table with labor unions and the employer to craft the “Project Labor Agreement” that govern the working conditions, wages and affirmative action requirements on the job.  At the time, this victory set national precedent for low-income community organizations to demand and win seats at the table around public construction employment issues.  We demand our right to livable wage jobs to support our families and communities! 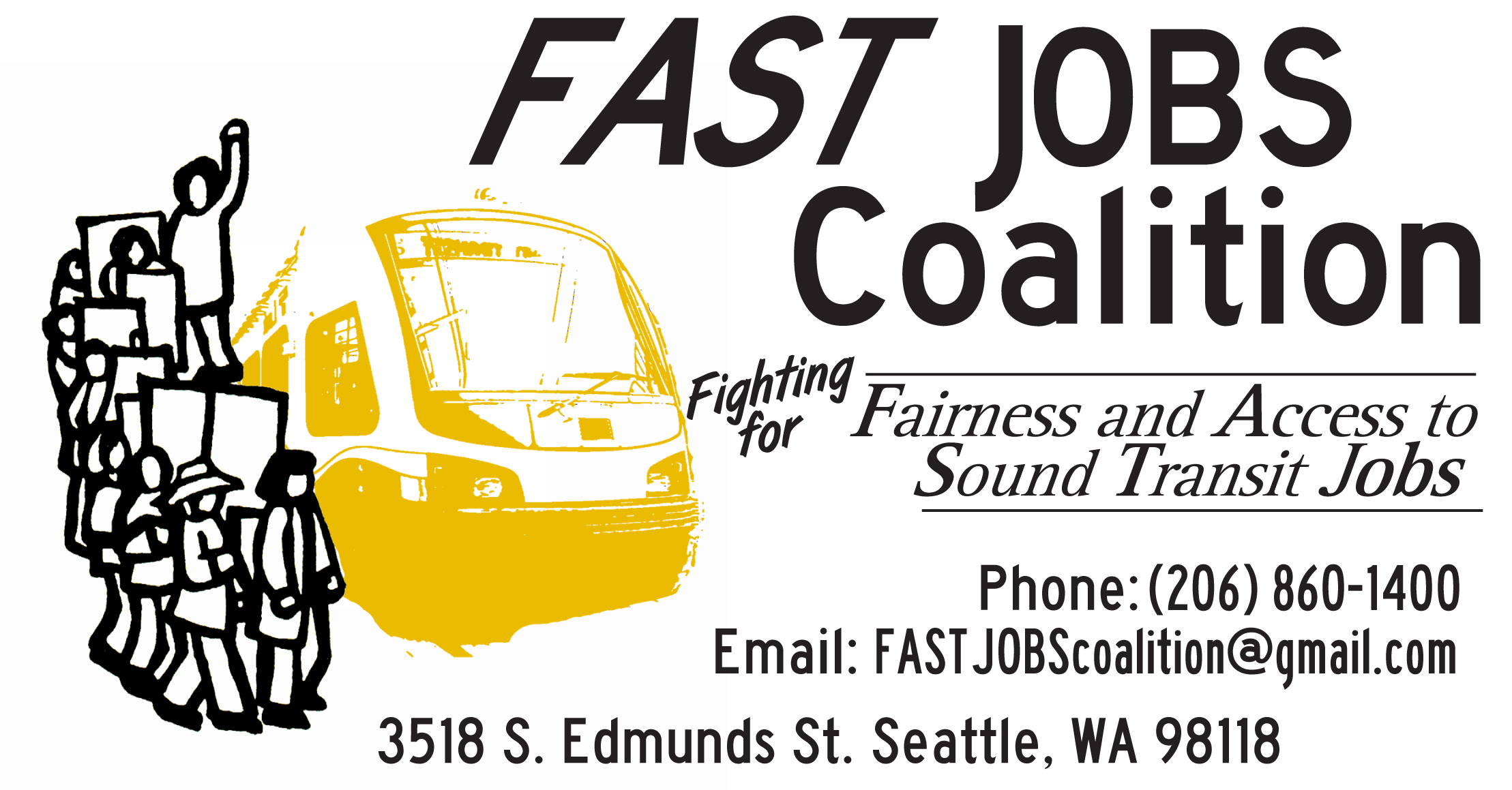