LELO strives to empower low-income workers of color, recent immigrants and women workers to assert their rights, improve their working conditions and gain a voice in their workplaces, trade unions and communities in the U.S. and across the globe. 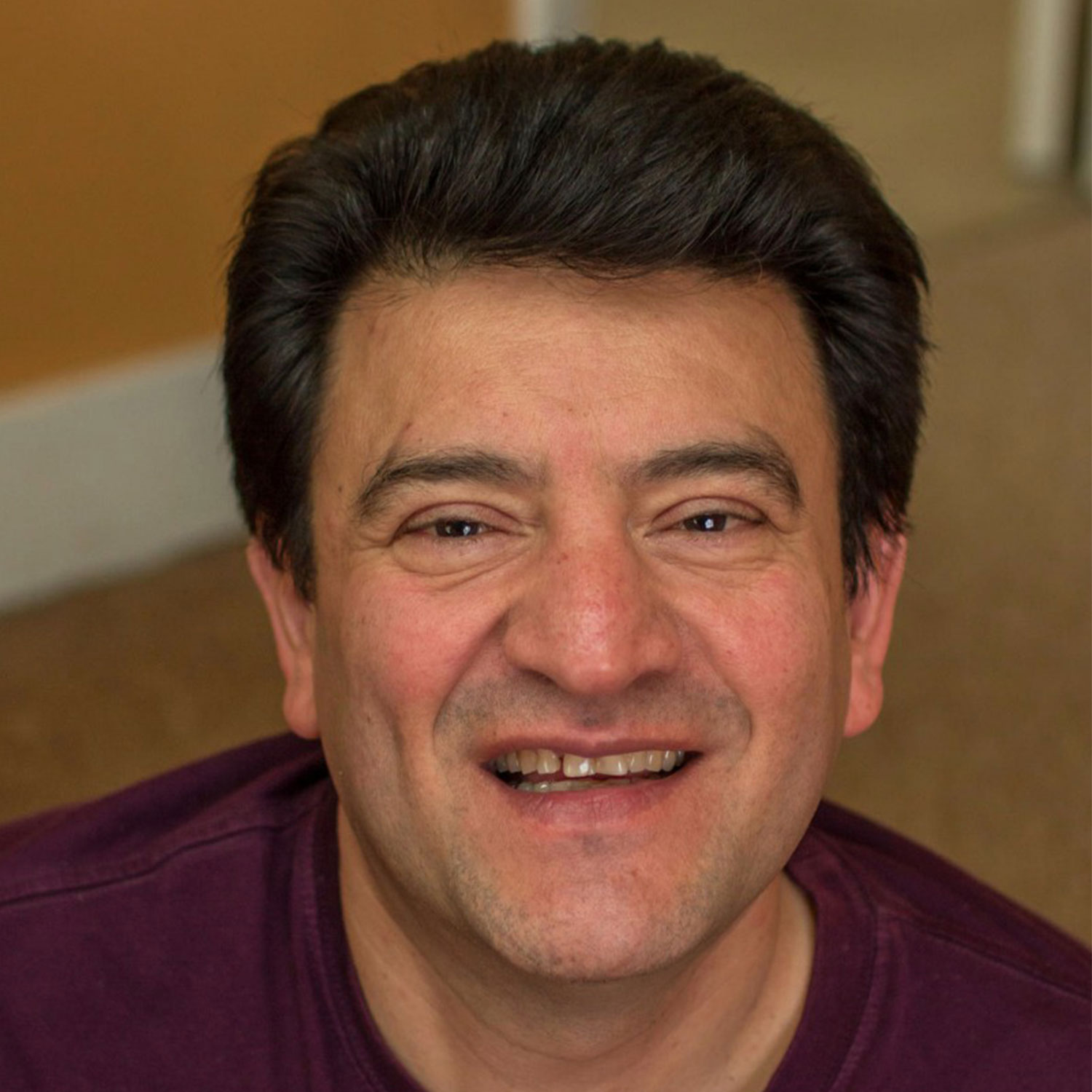 Ricardo Ortega has been a LELO staff member since 1999; working largely on the Tyree Scott International Worker to Worker Project.

In the late eighties when the Mexican government tried to privatize the National Autonomous University of Mexico (UNAM), the biggest University of Latin America, Ricardo actively participated in the one month student’s strike. Thank to that struggle and others UNAM is still a free and public university. Ricardo has been supporting the Zapatista’s movement since 1994. He was one of the three founders members of the Committee for General “Amnesty” and Social Justice and organized the first May day march in 1999. Most recently, Ricardo with LELO and other community members participated in documenting the impacts of NAFTA in Mexico for the Permanent Peoples’ Tribunal, Chapter Mexico. In September 2014 Ricardo, with LELO, held one of 2 hearings on immigration in USA and NAFTA.  Ricardo is LELO executive director. 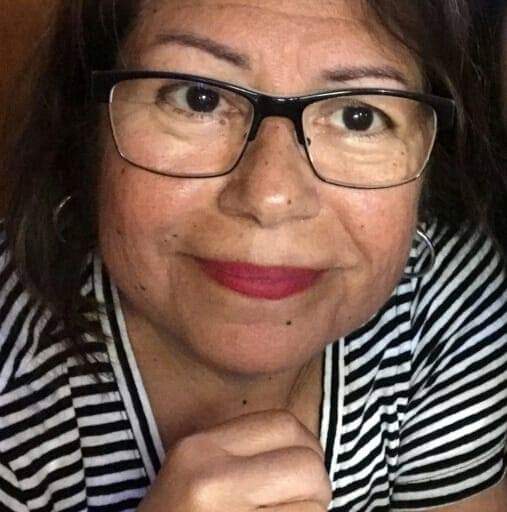 Corliss is a native Seattleite. She has two grown children and 3 grandsons. Also, her extended family is here in Seattle. Corliss provides support to her clients assisting them to gain or regain their suspended driver’s license. This experience has given her a deep appreciation for how nonprofits seek to improve the quality of life for our region; one program at a time. In her spare time, she enjoys long outdoor walks, spending quality time playing with her grandsons and enjoying a meal with her beloved children, nieces, nephews, and friends. 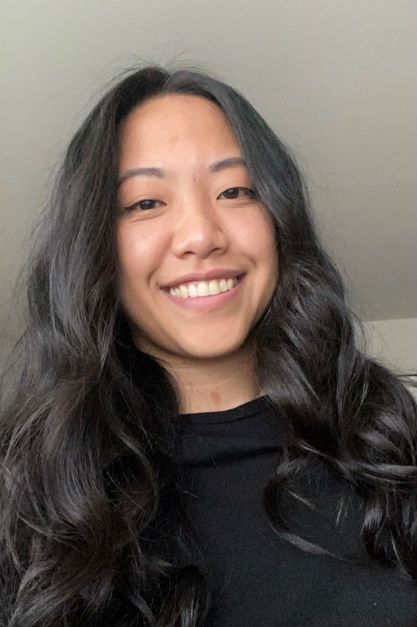 Amy Leong is the community organizer on staff with the APALA Seattle Chapter. Her organizing background stems from her mother being a Unite Here member for over 30 years. Amy is a long-time member of the chapter, joining after graduation from high school, working as a summer organizer for Unite Here Local 8 in Seattle as a student, and as a worker organizer and customer outreach coordinator for the Culinary Workers Union Local 226 in Las Vegas, NV.

Amy graduated from the University of Washington with a B.A. in American Ethnic Studies and minors in Labor and Diversity. After moving back to Seattle, she joined the Seattle Chapter as staff to build the bridge between the labor movement and the broader community. She hopes to continue to develop more space for AANHPI workers in local and national labor movements and help leaders step into their power.

Cindy Domingo has been an activist for almost 50 years using her skills as an organizer, writer, political strategist, mentor, public servant, and speaker to create social change in the world. She first became involved with LELO through the Alaska Cannery Workers Association where she worked compiling information and statistics for the landmark class action lawsuits where the cannery workers sued the Alaska canning industry.

Cindy’s political involvement began when she joined the Union of Democratic Filipinos (KDP), the only radical Filipino organization in the 1970s, and began organizing in the Filipino community.  Today, Cindy continues to build international solidarity with the Philippines as a member of Akbayan North America.

Cindy has also spent over 20 years working to lift the 60+ year-old US blockade against Cuba and normalize US-Cuba relations through her work with US Women and Cuba Collaboration and Women’s International League for Peace and Freedom’s Cuba and the Bolivarian Alliance Issues Committee.  Cindy now serves on the Campaign to End the Occupation of Western Sahara, a new fiscally sponsored LELO project. 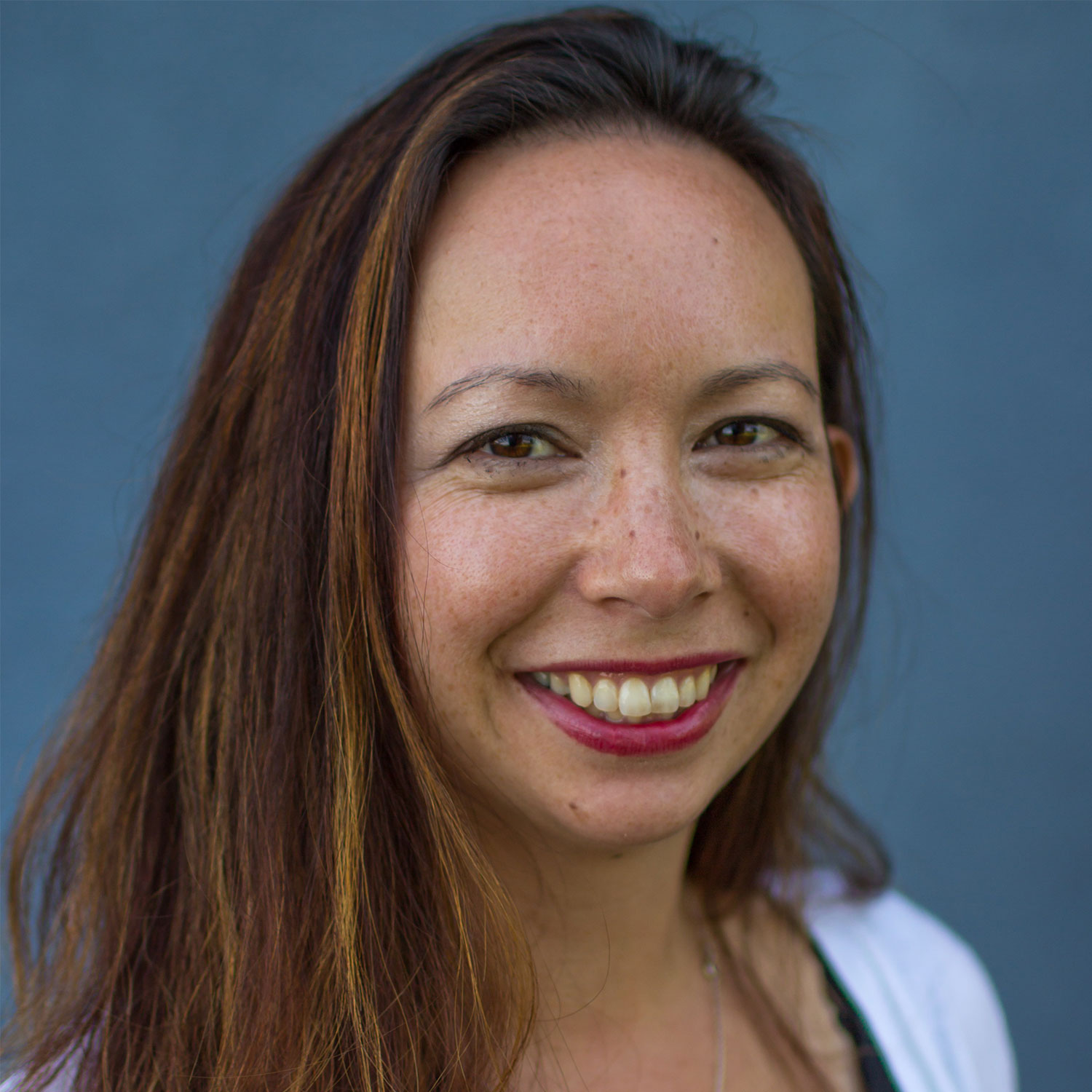 Mary Adelina Keefe started as an activist working with young adults to promote sexual and reproductive health and autonomy. She joined LELO in 2001, helping workers navigate through the court and licensing systems to eliminate barriers to employment. Mary has participated in various Worker to Worker delegations to Mexico, Venezuela and Cuba which has shaped her political and humanist understanding of the world. Mary worked as a public employee in Seattle for 10 years before joining her Union as a full-time staffer. She is currently on the board of the MLK Labor Council and a LELO board member. 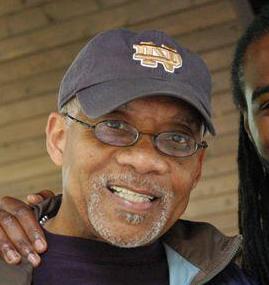 Garry Owens is a worker/intellectual who joined the LELO board in 1991 and served as a facilitator for internal affairs for many years.  He is a Seattleite from birth and a recent retiree from 30 years of public service.  He credits his family for teaching him to read; empathy for all people regardless of color, creed or national origin; appreciation and respect for non-human species, and the courage to travel to borders beyond.  He came to LELO with a portfolio of progressive and radical thought and deed. As a Vietnam era US Army veteran in 1967 he became acutely aware of US government hegemony. He was a founding member of the UW Black Student Union and Seattle Chapter of the Black Panther Party in 1968.  As a student at Hampshire College in the 1970’s he taught 5 year olds at the iconic Che-Lumumba School for Truth at UMass in Amherst, MA, During his long sojourn with LELO he has traveled to serve as agent of solidarity in Cuba, Canada, Brazil, Mexico, South Africa and throughout the United States. Comrades alive and past continue to inspire and support his regimen for study and critical thinking.  He also credits the leaders and thinkers of the global national liberation struggles of the 60’s and 70’s as key to understanding the role of the common worker to study and build solidarity without borders. He carries a discreet list of revolutionary heroes and heroines who defer popularity for the sake of an analysis that demands liberation on all fronts, especially the Global South. He is currently working on a project that would help to eliminate the reality of 5000 children dying every day from drinking dirty water. 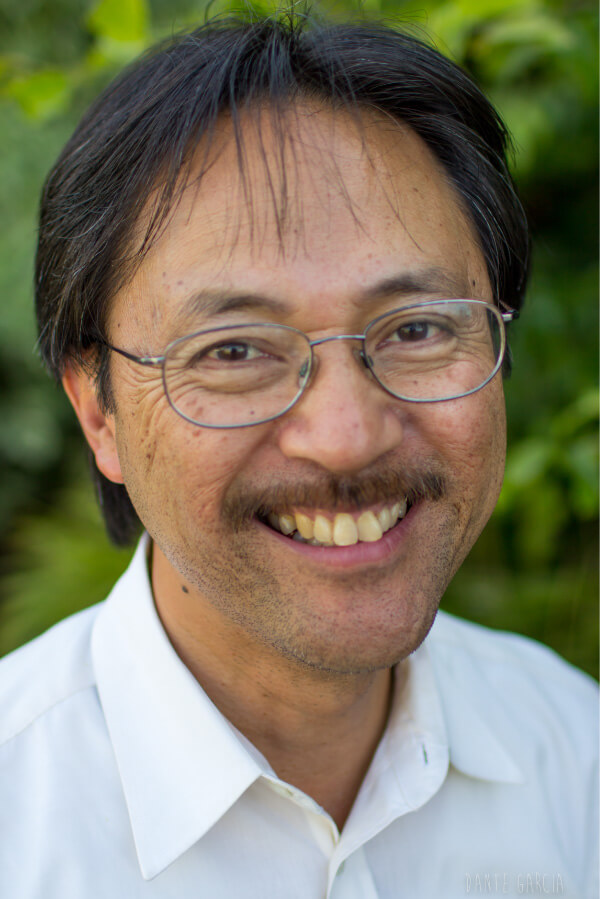 Romy Garcia has been a long time supporter of LELO’s work and three years ago he joined LELO’s Board.  His political activism began in his last year of high school in San Francisco, organizing students against Proposition 13 and for the support of national liberation movements in Central America and struggle against Apartheid in South Africa.

In 1980 he joined the Union of Democratic Filipinos (KDP) opposing the US-Marcos dictatorship and fighting against racial and national discrimination.  He continues his efforts to bring about human rights, dignity and respect for all people, here and abroad, and is currently active with Asian Pacific Labor Alliance (APALA) Seattle, WFSE Local 843 and with his lay Buddhist faith community. He works with youth and families as a DSHS Social Worker. 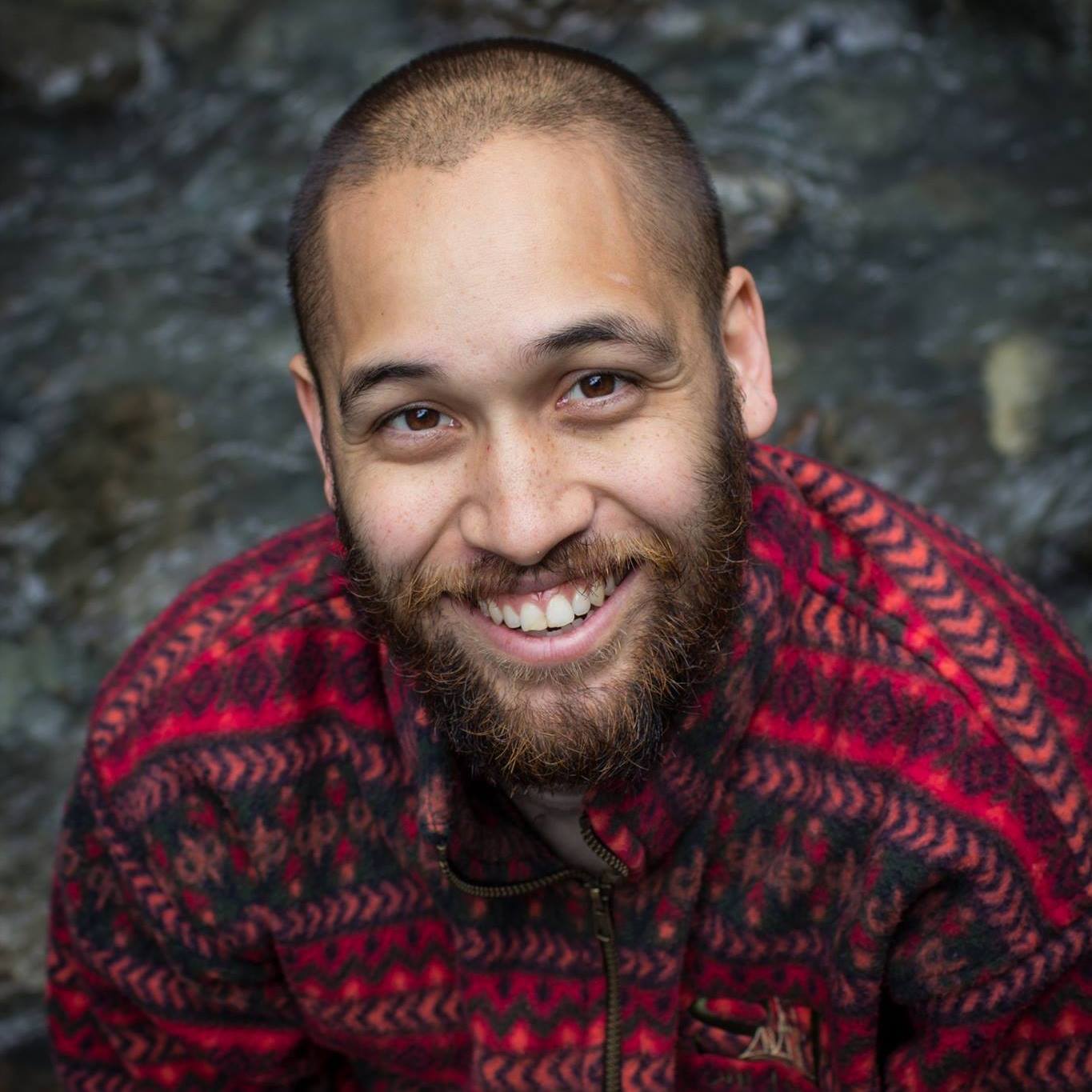 Dante Garcia is a graphic designer, strategist, and co-founder at Story 2 Designs — a PoC lead, design cooperative dedicated to making transformation irresistible. Born in Seattle, he is a long time local activist. In 2015 he was part of the organizing core of Seattle’s resistance to Arctic drilling in the ShellNo campaign. Today he is a trainer-in-training at the Center for Story-based Strategy. He values justice, creative self-expression, health, accountability, dignity, the long game, and joy. You can find him biking across Seattle hills from meeting to meeting and geeking out about a post-capitalist world. 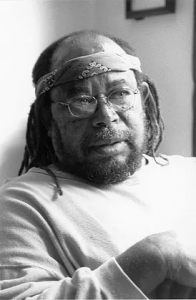 LELO was founded to address the following problems:

In the 1970s, LELO used the 1964 Civil Rights Act to file class action lawsuits and combined direct action as a means to empower workers of color and further support the grassroots organizing of the three founding groups. LELO’s first lawsuits were launched on behalf of Black construction workers, led by Tyree Scott and the United Construction Workers Association. Through LELO’s legal action and grassroots organizing, the number of Black workers in the Seattle construction trades rose from less than 10 in 1970 to more than 600 in 1979.  UCWA and LELO’s work expanded to the south to assist Black workers in Texas, Louisiana, Arkansas and Oklahoma.

With money raised through the victories of their initial UCWA lawsuits, LELO was able to launch successful suits on behalf of Asian, Pacific Islander and Native Alaska cannery workers and then later, on behalf of farmworkers and their right to organize.  In Venegas v. UFW-WA, LELO successfully fought an injunction that a ranch owner had obtained to deny farmworker organizers the right to enter migrant camps to meet with workers. This case set an important national precedent in securing access of union organizers to migrant farmworkers.

In conjunction with our litigation work, LELO organized street protests and direct actions, led by workers of color, to bring attention and awareness to their struggle for equal treatment, equal opportunity, fair wages, and decent working conditions.

LELO’s work in the 1980’s was framed by the assassinations of two of its founding board members, cannery union officers, Silme Domingo and Gene Viernes. These LELO leaders were murdered in 1981 on the orders of former President of the Philippines Ferdinand Marcos. Evidence showed that they were assassinated in retaliation for their successful work to link workers’ struggles in the U.S to workers’ struggles abroad. ( Weeks before Silme and Gene were killed they had succeeded in getting their union, International Longshoremen Workers Union to pass a resolution at their national convention to send a labor team to the Philippines to investigate the repression of workers and trade unions in the Philippines.)  Before that work came to fruition, Silme and Gene were assassinated in their offices.

LELO leaders responded to this tragedy by joining a broad coalition that became a national and international movement over an 8 year period that called for justice in the murders. In 198991 the Domingo and Viernes families were awarded $ 23.5 million in a precedent setting verdict that represented the first time a head of state of a foreign government was held accountable for the assassinations of U.S. citizens on U.S. soil.  Today, the families of Silme and Gene and others who fought for justice have reopened the case seeking answers to the role that the US may have played in the murders.

Silme and Gene, as well as other founders and leaders within LELO, recognized early on that workers need to unite across race and national boundaries to be successful in their struggle for justice.

The 1980s also saw the Republican administrations of Reagan and Bush stacking the courts with conservative justices who repeatedly denied all working people – but particularly workers of color – basic rights. It became clear to LELO that legal strategies were no longer a viable way to win fairness and justice for workers of color.